BST Devices AB is a Swedish manufacturer of camera robotics for the broadcast industry.

Designed with emphasis on speed, accuracy, reliability and low noise.

Control Surface / System Controller for use with a Touch Screen. The interface shown on the touch screen can using a web browser be accessed from other locations. The touch screen allows for advanced configuration and shows thumbnails of the available shots. The control surface includes 32 LCD buttons which can be dynamically updated and configured to be used with the frequently used functions. The control surface can either be used with two 3 axis joysticks or one 6 axis joystick where all axes of the camera can be controlled with just one hand. The joystick modules each has an adjustment ring around the base of the joystick which can be configured to control functions like focus or zoom. The control surface has a small desktop footprint where it in it’s simplest configuration only require a USB cable to connect it to the system controller that can be hidden away somewhere else. The system controller and LCD button panel allows for redundant power supplies. 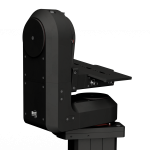 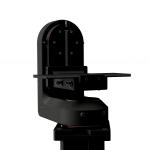 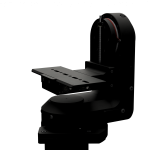 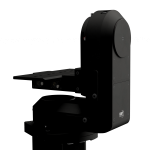 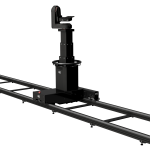 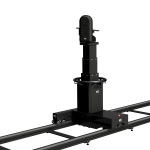 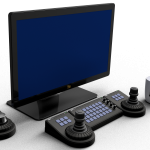 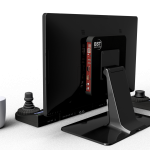 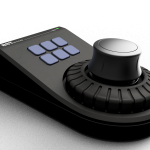 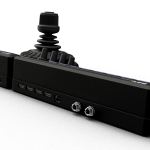